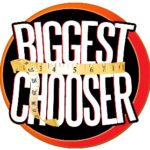 Back in the day (don’t you just love trite cliché’s) we played in a high-level basketball in a metropolitan area known for high-level basketball. The league consisted of many former collegiate and local high school players. During one particularly heated contest, we jumped out to a double-digit lead over a very good team led by their 6’8” center. Our “big” man, Mike, was 6’3” on a good day.

He battled all game but with about a minute to go, they had cut the lead to one and set up a post play for their center. He collected the ball and immediately scored over Mike and their entire team erupted with elation and high fives as they took the lead. What happened next is the instructive part of our anecdote.

After the ball went through the hoop, Mike simply put his head down and sprinted to the offensive end of the court. Remember, the other team was celebrating and we threw the ball ahead. Mike caught the ball on the baseline and quickly sank a short jumper before the opposing center could get back on defense. We got a stop on the next possession and ended up winning the game.

There are a few takeaways from our tale. Number one, don’t listen to old men talking about their youthful athletic accomplishments. Number two, don’t celebrate or quit before the game has ended. I believe it was that sage Kenny Rogers who said, “Don’t count your money while your still at the table.”

All this brings us to Biggest Chooser week six. After Team Black made a huge move last week to take the lead, Team Turquoise just kept plugging away and has retaken the lead. Now that’s not to imply that Team Black has been, well, slack. On the contrary, all teams have demonstrated excellent consistency and the competition is fantastic. To that end, Team Grey (also coached by Phillip) has moved into second place just .16 percentage points off the lead.

If we all know one thing, it’s that things will not go as planned. Simply put your head down and run to the other end of the court and get busy living! See you next week.

Discover the Benefits of Membership at Granite Falls.